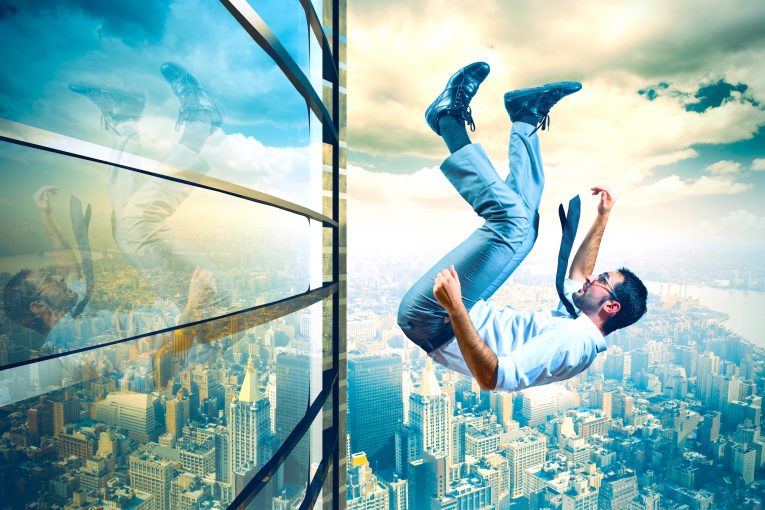 Recovering from major setbacks and the experience of failure can be really tricky and a massive hurdle for some people.

One of the things important to being an entrepreneur is paving your own way in business and constantly doing new things. You’re continually stepping out of your comfort zone and you’re continually developing new skills and traits. It’s inherent whenever you do anything that’s new, that you’re going to make a mistake and that things aren’t always going to go the way that you want them to. Therefore it’s very easy to fall into the stuck state of failure.

The ability to use failure as a mechanism for growth is imperative. Whenever anything doesn’t go the way you want it to, in business or in life, you want to be able to recover rapidly, because the more rapidly you can recover, the more likely you are to keep moving. But if you don’t recover rapidly, what happens is you can end up being stuck.

So today I want to talk to you about four really simple steps you can take to move from failure to feedback, really quickly, so you can recover rapidly in business and life.

First let’s touch on the concept of failure. So a big problem that a lot of my purpose coaching clients come to me with is they say, “Heath, look, I keep hitting hurdles, you know, I keep hitting hurdles. And the next one after the next one seems even larger than the last. And it’s not that I’m hitting the hurdles, it’s just that when I hit them, things go wrong, and I’m finding it hard to recover. I go into this particular stuck state of feeling down on myself for what has occurred.”

Boiled down, people are experiencing this state of failure

There’s a term people use when discussing failure “there is no failure, only feedback”. It’s a bit of pop psychology really, but there is wisdom in it, because in a sense it is totally, completely true. You hear a lot of people talking about it – it’s a statement that pops up in all sorts of coaching circles, because it’s a great reframe.

There is a problem with this reframe though, as it doesn’t actually give you any level of how-to. In coaching, I’ve actually facilitated next to coaches who won’t even say the word failure. They call it the F-word. And to me personally, that’s avoidance. The reality is that people experience this thing called failure. And it is a state that feeds into anxiety, it feeds into fear, it feeds into all sorts of things. When you’re in it, you’re stuck – and that’s all there is to it.

Now the reality is that when you’re stuck in a particular problem state, you’re actually currently in the consciousness that created the state, which means you cannot solve it. So if someone just stands in front of you and says, “hey man, no failure, only feedback “- it’s a nice reframe – but it doesn’t actually give you anything to work with. So what I want to do now is give you something to work with, because moving from a stuck state to a movement state at the click of your fingers takes practice. You need to take steps, steps that are going to dissociate you from the experience of the state that’s holding you back.

How to get unstuck from failure and become freed by feedback

So a lot of people who know me know that I’ve been really into martial arts for a long time, particularly internal martial arts, and I’m a big Bruce Lee fan. I’m a Bruce Lee fan because there’s so much genius wisdom in his teachings and philosophies.

And something that I’ve always really loved and adhered to is a famous quote of his, “Absorb what is useful, discard what is useless, and add what is uniquely your own”.

What I want to do is condense what Bruce lee is really saying into three keys: Retain, Discard, Invent

So let’s say you’re trying something new in your business, or in life. You’ve got a lot riding on it, you’re attached to the outcome, and it doesn’t go the way that you’d like it to go, and you move into that state of failure.

Even Tony Roberts himself says that you should honour the problem by at least giving it 10% of your time. So take a moment to sit with the failure, to be with it, to embrace it, to give space to experience it, as opposed to pushing it away. Because when you push it away, you create a dynamic.

The very first thing that you need to do is ask yourself, what actually went right here? What did I do well, amongst all this stuff that might have gone wrong? What did I actually do well? What would I do again if this happens? So, in other words, what would I retain? And write that down. Just even asking the question and writing it down, starts to dissociate you out of this state. It starts to take you out of the consciousness that created the problem in the first place, and starts to put you in a consciousness where you’re going to find a solution, so you can move forward rapidly.

So that’s the first step – Retain. What can I Retain?

Okay, so what did I stuff up?

Retain, Discard, and then…

There is another step, a fourth one and its really, really simple.

Once you’ve got that written down, act on it. Immediately. Do something, immediately, do something really, really small that starts to put those three points of Retain, Discard, Invent, into action really rapidly. And I can assure you that if you take the time to do that, and really it doesn’t need to take any more than say three to five minutes. If you take the time to do that, what will happen is that you will feel the emotional, the blend of freaking emotions that come with being stuck in failure, they’ll subside.

You will dissociate, you will move into a different state of consciousness, the consciousness from which you will find a solution, to make sure that thing never, ever happens again. And if you can actually act like that, as an entrepreneur in business, what you will find is that you will, your growth will be exponential. As mishaps occur, because they’re going to, you’ll recover a lot quicker and you won’t feel so bad about it, right. You won’t feel so negatively attached to the outcome.

So hopefully those four steps, Retain, Discard, Invent and Act, are really helpful for you in your business and life.

If you think this has been really useful, really helpful, what I want you to do is like, comment, share. If you’d like to find out if and how I can help you get aligned with your ultimate potential and your purposeful direction in business and life click the link below and book yourself in for a Free 10 Minute Chat with me. 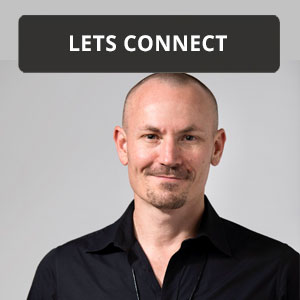 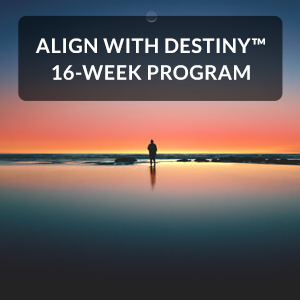 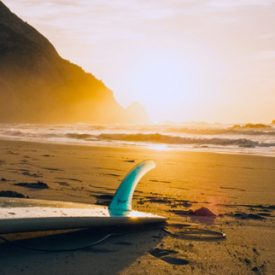